Tripawds Supporter sites have no ads!
Skip to content

Tripawds is a user-supported community. Thank you for your support!

Calling the vet did nothing to put my mind at ease. I wanted to find out whether Nando would need any more pain relief. It was going to run out at 11pm Sunday evening and I wouldn’t be able to find a vet to perform any surgery she may need until Monday when they would be open. This left an unknown number of hours where Nando could potentially be in a lot of pain.

I also wanted to find out whether it was common practice to splint a broken leg as this was something that my research kept suggesting.

However the vet made me feel like I was overreacting. She said that I was putting my cat through unnneccessary pain by taking her into the vet and that if I really had her best interests at heart then I would just leave her be until I could find a vet that would be able to perform surgery. She then also said that most likely the cats leg wasn’t even broken which is why the vet didn’t splint it. She also made unnecesary comments about our lack of pet insurance and questioned our financial ability to look after her.

After this phone call I was very upset and frustrated.

I made Nando as comfortable as possible and we sat together waiting for Monday to arrive. Nando was so brave. She was obviously in pain and discomfort and struggled to eat, drink and use the toilet. But she tried hard. And after every trip to the toilet or her dish, she always returned to lay next to me, and still managed to purr every time I stroked her.

After this whole ordeal was over I did file a formal complaint against the vet as I do believe the clinic didn’t look after us very thoroughly, especially in contrast to the amazing care we were about to receive.

I felt like the phone call was rude and unprofesional to say the least. Nando should have been on constant pain relief and I shouldn’t have been made to feel bad for asking after this. It is not common practice to splint broken legs on cats, but asking whether it is doesn’t require a rude answer. Nothing was said or done to prepare us for an amputation. In fact Nando’s situation was downplayed with one member of staff claiming it probably “isn’t even broken”. The second vet we went to examined Nando’s leg and immediately prepared us for the fact that an amputation was most likely, before she had x-rayed, etc. She also put Nando on constant pain relief as she said this was a necessity. 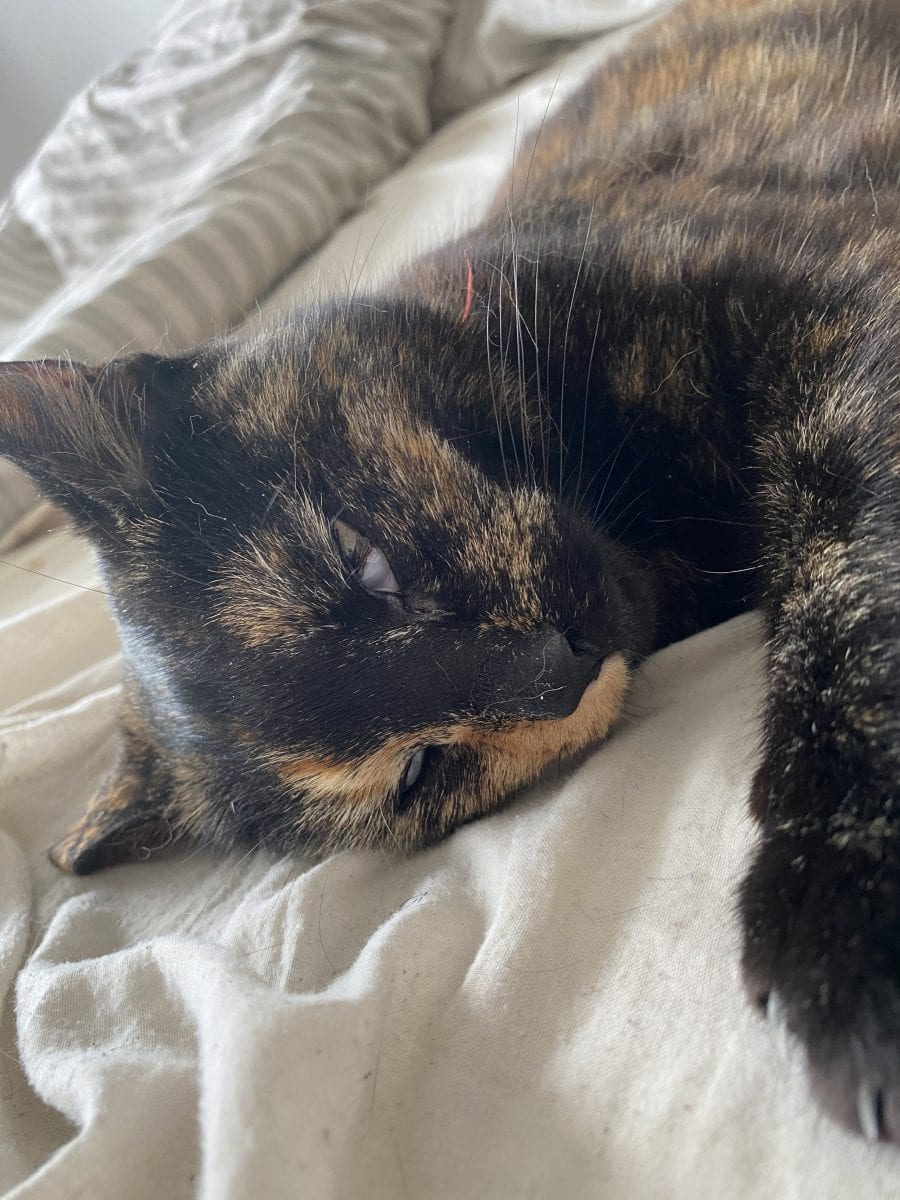 This is how Nando ‘slept’ whilst we waited to be able to take her to another vet. She only stayed in a very light sleep with her eyes never fully closed. Her third eyelid was almost always showing which research taught me is a common sign that cats aren’t feeling well.


To remove ads from your site and others, upgrade to a Tripawds Supporter blog!

4 Replies to “The Vet who let Nando down”

This site uses Akismet to reduce spam. Learn how your comment data is processed.

This blog will be following Nando’s story. I will try to keep every post short at around 300 words so that it is a manageable read. Some names of people/ places have been changed.

There will be an updated post at least every month.

Please feel free to subscribe! That way you never miss a post. There will be no spam and you can opt out at any time.

Type your email and hit the subscribe button above x

3 legs and 7 lives remaining: Nando is a beautiful tortoiseshell cat. Her early life started rough as she lived in a home of domestic abuse until at two years of age she was taken in by Lymington Cat & Kitten Rescue. On the 1st of September 2018, I found her and introduced her to her new life. But on Saturday 9th May 2020 the unthinkable happened. Nando was involved in an accident that ultimately resulted in a left rear leg amputation. This blog will cover Nando’s recovery and life thereafter, as well as occasionally dipping into the past.

Nando is brought to you by Tripawds.
HOME » NEWS » BLOGS » FORUMS » CHAT » YOUR PRIVACY » RANDOM BLOG